WTF Is Making Its Way To Earth As Unidentified Space Debris

WTF (to be precise WT1190F) is an appropriate name for the unidentified object that is currently hurtling towards our planet at alarming speed. No, my friends, I havenât taken up a job writing for the Weekly World News. What sounds like science fiction (or at least an episode of Futurama) is actually science fact.

The object is set to crash into us in less than a month. Despite its relatively close proximity to our atmosphere, nobody is quite sure just what WTF actually is. All anyone knows is its size (roughly two metres in length) and the fact that it is hollow, strongly hinting at the possibility that the object is man made.

Experts are suggesting various possibilities as to the identity of the mysterious object, the most tantalising being that WTF is actually a piece of leftover technology from the moon missions (possibly even the fabled Saturn V that took Neil Armstrong and co to the moon). Of course, it could just be here to talk to the whalesÂ (Star Trek joke, in case anyone reading this is scratching their heads).

The problem of space junk is becoming more serious by the day. In addition to approximately 3,700 satellites currently orbiting the earth (of which around 2,600 are totally inactive, effectively making them space junk), there are literally tens of thousands of objects larger than a tennis ball floating above our heads at any given time. In addition to that, there are an estimated hundred million objects in the 1mm or less category. Put simply, space is a mess.

In 1997, there were 2,271 man-made satellites orbiting the earth, a number that has increased by around 1,500 since then. Instead of slowing down, however, the recent rise in private satellite launches will likely see these figures (if youâll pardon the pun) skyrocketing over the next decade or so.

In fact, last year alone, the International Space Station (ISS) had to move its position three times in order to avoid collision with objects large enough to cause serious damage. These collisions were potentially fatal to the astronauts aboard the space station. The ISS actually spends an alarming amount of time ducking and dodging flying chunks of space junk, some of which is detected too late for the ISS to manoeuvre away from it, causing the astronauts to simply shelter-in-space and hope for the best. In 2007, a chunk of debris actually damaged the space shuttle Endeavour.

Despite laws that state that most satellites must be launched to an altitude that will encourage them to fall to earth and burn up within 25 years of their original launch, launching anything into space is a messy business indeed. This has led to fears that the population of space junk in earthâs higher obits could actually become self-sustaining, i.e. new junk could be created in the frequent collisions between existing junk. This is often referred to as The Kessler Syndrome after Nasa scientist Don Kessler, who first warned us about this process as far back as 1978.

The Kessler Syndrome is a very real concern. In 2009, for example, two small satellites collided over Siberia, creating something like 2000 new junk items, many of which are still in orbit today and posing a very real threat to existing satellites. Keep in mind that these items can travel at speeds exceeding 17,000 mph; at that sort of speed, even a grain of sand could kill. 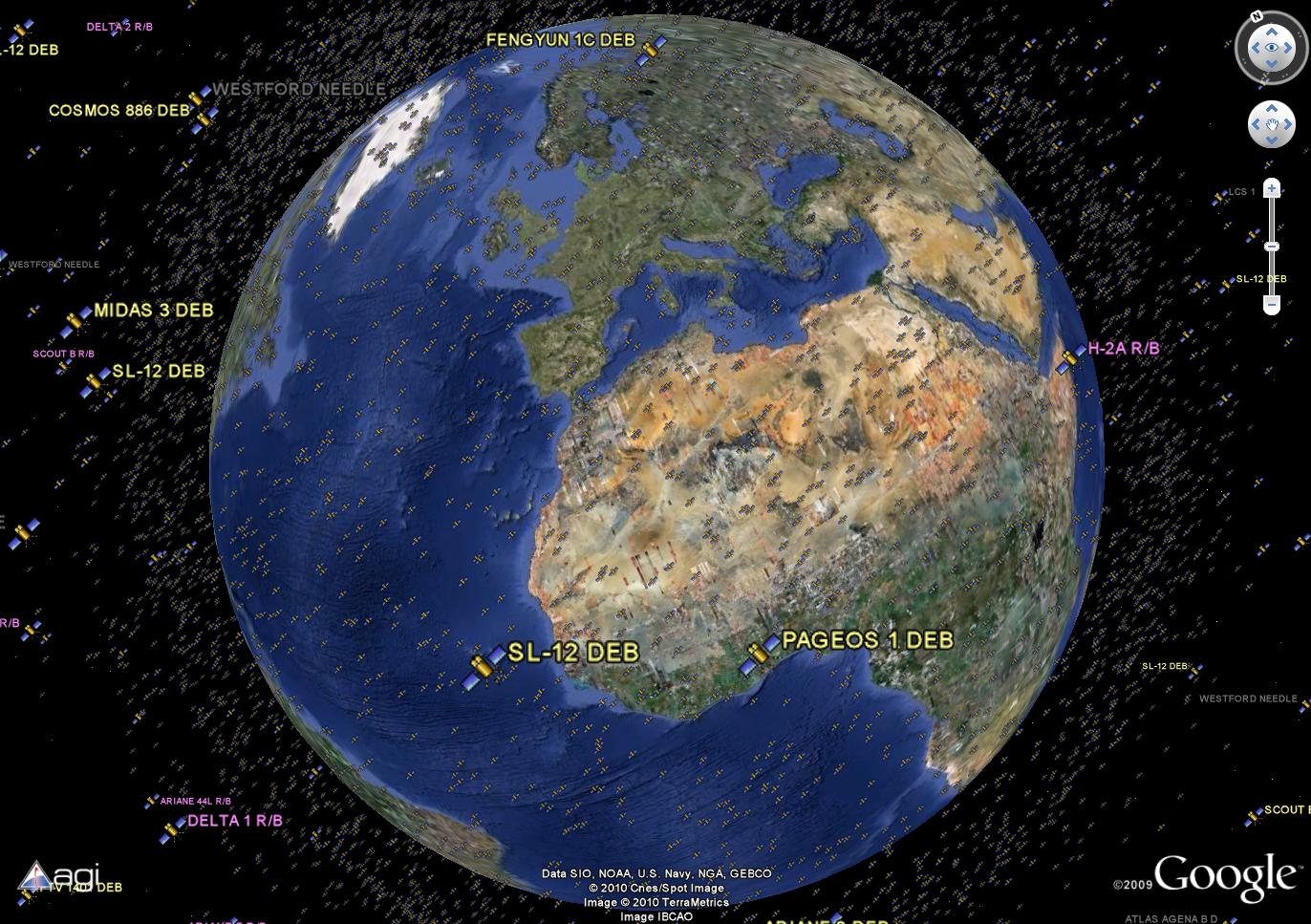 The good news is that WTF is expected to burn up harmlessly in our atmosphere, meaning that, although weâll probably never know its true identity, at least it wonât harm anybody. If it fails to burn away completely, WTF is expected to land on the Indian Ocean, somewhere off the coast of Sri Lanka around the 13th of November. So, unless you have a fishing holiday planned in the region, you ought to be safe.