The arrival of 5G, cognitive radio and the future of connectivity

We are very excited about 5G, we have already reported on how the UK emergency services are moving over to a LTE network, and inevitably 5G is the next step for better, faster and more capable communications. Â Not planned to be deployed until the next decade, we believe that 5G will allow us to communicate better with our Walkie talkies. The original article can be found here.

With faster and more reliable connections, we look at what the next generation of communications could mean for business

From smart cities to the internet of things (IoT), virtually every aspect of the modern world is becoming closely connected.

The extent to which we rely on our devices and the exchange of information means new systems are needed that not only handle far greater bandwidth, but that are capable of being deployed to cover areas that were previously unreachable.

The potential benefits for business are huge, with faster and more reliable connectivity not only enhancing how firms interact with customers and each other, but also lending itself to greater flexible working among staff.

The arrival of 5G

One development that many industry observers believe could be revolutionary is 5G. Following on from 4G, the fifth-generation mobile network is in its early stages of development and is expected to be rolled out between 2020â25.

Any tech that contributes towards the next phase of mobile connectivity is covered by the term 5G. And although there are still no set standards or specifications, theÂ GSMAÂ â a trade body that represents global mobile operators â has outlined eight key criteria, stipulating minimum requirements for speed, capacity and energy in order for something to be considered 5G.

According to Ofcom, once operational 5G could provide between 10â50 Gbps (gigabit per seconds) in download speeds (as compared to the 5â12 Gbps of 4G), and although most experts expect it to be at the lower end of the range, that would still mean you could download an HD movie in seconds.

But rather than simply being faster than the current 4G, it will also allow more devices to access the web â an essential requirement if the IoT is to take off â meaning it could be transformative for business.

Raj Sivalingam, executive director of telecoms forÂ techUK, the trade association for the tech sector, says: âThe potential of the IoT, particularly in the enterprise environment, has been hugely debated but its impact is almost certainly still undervalued.

One potential bottleneck for 5G is spectrum availability â or lack of it. Radio frequencies for both 3G and 4G are already overcrowded. The provision of a new bandwidth will require widespread cooperation between operators, manufacturers and governments.

Infrastructure is also an issue, says Sivalingam. âMaking the leap to 5G mobile services and getting more fibre into the fixed telecommunications networks will require substantial amounts of investment.

âWe need the government and industry stakeholders to work to shift the UK from good levels of connectivity to great levels so that we continue to attract investors and startups, and to foster innovation from within the UK.â

One possible solution is cognitive radio. An adaptive radio and network technology, it can sense and respond to its operating environment and automatically tune itself to the best available frequencies, this makes it more reliable in extreme locations where signals are weak, potentially providing dependable, robust connections that are not hampered by interference or geography.

Finland-based KNL Networks has developed a system using the technology that uses short wave radio to transmit internet access to sites in remote locations ranging from oil rigs to polar research stations. KNL Networks CEO Toni Linden says: âWe can provide similar connectivity to those from satellites but with a terrestrial radio system. Our radios receive the whole spectrum all the time, so rather than scanning, real-time broadband receiving is going on. Thus we can see and measure everything thatâs going on in the spectrum and we can maintain the network connectivity that way.â

The tech opens up the possibility of providing seamless connectivity anywhere, giving business reliable online access to markets in parts of the world that have otherwise been unreachable. It could also enable media and other companies to broadcast without the need for expensive satellites.

Itâs not just data transmission, speeds and connectivity that pose challenges in the future, but the safety of that data too. Cybercrime is ranked alongside terrorism as among theÂ most serious threats to the UKÂ [pdf], and with data now the lifeblood of modern business, securing that data is of paramount concern. One technology that could provide the answer is quantum communications.

Conventional encryption relies on sending a decryption key alongside your secret data. The receiver then uses that key to decode your secret information. But problems arise because hackers can also copy this key and steal your data.

Quantum key distribution (QKD) is different because it encodes this key on light particles called photons, and an underlying principle of quantum mechanics means that a hacker trying to read or copy such a key would automatically alter its state, effectively leaving a hacker fingerprint so the sender and receiver know their information security had been breached. 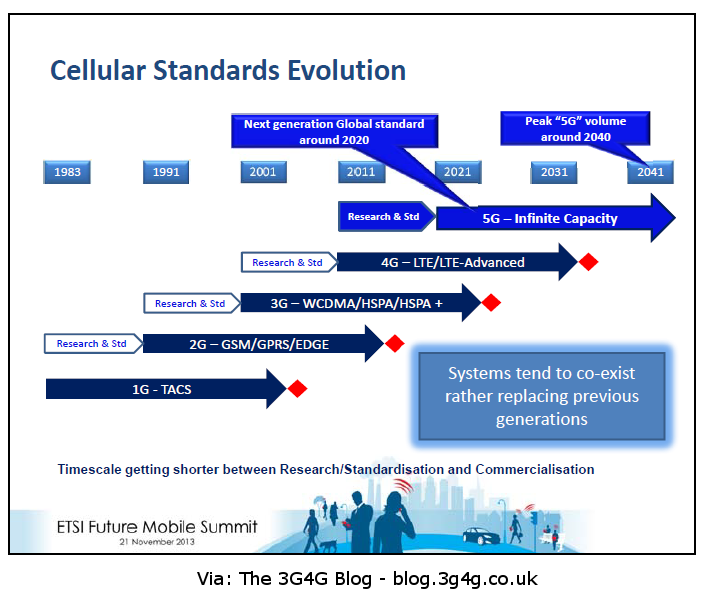 China recently launched a quantum satellite to further research into this technology, with the hope of developing anÂ uncrackable communications network.

In the UK, the Quantum Communications Hub is part of a national network of four hubs led by the universities of Birmingham, Glasgow, Oxford and York. Director Tim Spiller says: âWe are developing quantum communications technologies along a number of different directions, notably short-range free space QKD, where the transmitter could be in future mobile phones, and chip-to-chip QKD through optical fibre, where the chips could be in future computers and other devices.â

WithÂ two thirds of British business falling victim to cybercrimeÂ in the past year the need for better encryption is clear.

Spiller added: âCertainly it would be desirable to improve the size, weight, power and cost points of current technologies and our work in the hub and elsewhere is addressing all these factors.â

Paul Lee, head of technology, media, and telecommunications research at Deloitte, highlighted a number of improvements which he expected to see coming down the line, including improved mobile antennae and base stations, as well as improvements to fixed networks such asÂ G.fastÂ that would enable copper cable to operate at much higher speeds.

âAs they get steadily faster, new services emerge to exploit these greater speeds, which then requires the deployment of even faster networks. This tail chasing has been going on for decades and wonât stop in 2017.â